Which is Better for My First App Android or iOS

Android or iOS – Which is Better for First Mobile App?

Nowadays, everyone has a smartphone in hand, and it is becoming imperative for business owners to develop a Mobile App that collaborates with your company and adds value to your business.

An important step in joining this trend is to identify the right platform to build your first app. Your options are likely to be Android or iOS, as these two OS’s together dominate more than 90% share of the smartphone market.

Android dominates the market with an extensive reach of more than 82%, followed by iOS at around 15%. Another key factor in this decision making will be the geography you plan to focus on. Android has a higher market share in developing countries like Asia, Africa, whereas iOS dominates the market in developed nations like the US, Europe, etc.

Android has more users among the lower-income, less educated, and a higher average age set of people. But due to the availability of a plethora of free apps and tools, the engagement levels here are slightly lower.
iPhone has a strong following with the younger, more loyal, and educated users, with significantly higher income levels which translate to higher levels of engagement.

iPhone users are termed as “power users”, as they tend to use more categories of content when compared to Android users. 15% more iPhone users use online shopping apps whereas Android users seem to engage more in social apps.

iPhone users exhibit a higher browsing-to-buying conversion rate than Android users.
iPhone users are 23% more likely to make a purchase via their smartphones when compared to only 17% of Android users. This factor is important for retail app business owners and for those with app monetization considerations.

On average, Android takes 40% more lines of code and is 30% more expensive to develop when compared to iOS.
Maintenance and bug fixing is easier and simpler in iOS, as Android has the complexity of multiple devices and OS fragmentation.

Android has a more open-source OS than iOS. This offers deeper access to their operating system, facilitating higher levels of customization by the Android developers. This is not possible in the case of iOS app development.

It is easier and faster to publish your App in the Play store compared to iTunes, as the latter has strict guidelines, higher quality standards, and a longer review process.

Whatever is the platform, it is important to identify the right tech partner, who can understand your business requirements and convert it into the best App solution.

With a talented team of full-stack developers and designers, AppZoro Technologies, Inc. offers a range of expertise in the Mobile and Web App development arena and provides App solutions that add value to your business.

Get in touch with us today to share your ideas and discuss how we can help you to innovate and launch your first mobile app. You can also get your free initial consultation from our technology experts.

SEE WHAT WE'RE UP TO BY SUBSCRIBING TO OUR NEWSLETTER.

How Mobile Apps can Incr

Kotlin vs Java: Which On

Basics of The App Store 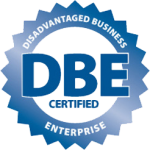 8. Communication to team and management on strategy/project development, timelines, and results

11. Knowledge of Google Analytics would be an added advantage.

We are looking for someone who is passionate about building great mobile applications, enjoys working with a team of talented developers, and who is eager to take on big challenges.

2. Design and build advanced applications for the Android platform.

4. Work with outside data sources and APIs.

9. Experience with working using remote data via REST and JSON.

10. Experience with third-party libraries and APIs

We are currently looking for a Sales Executive to play a key role in helping us continue our rapid pace of growth. The ideal candidate is a recent graduate who has a bachelor’s degree in business, communications, or information technology. This individual would be responsible for generating a high volume of quality leads, and mature them in an effort to drive revenue for the Startup.

4. Managing the entire campaign of the clients to ensure delivery of the commitment made to the client.

5. Closely monitoring the delivery and analyzing the campaign performance.

4. Should be able to make and deliver impactful presentations to senior managements members of the client organization.

We are currently looking for a Account Executive to play a key role in helping us continue our rapid pace of growth. The ideal candidate is a recent graduate who has a bachelor’s degree in business, communications, or information technology. This individual would be responsible for generating a high volume of quality leads, and mature them in an effort to drive revenue for the Startup.

2. Working closely CEO and Business Development Executive to come up to pace with the industry jargon

6. Driven by competition and results

The Business Analyst is a key role for the client focused on creating new and innovative services for our organization that will transform how we work together. You need to be a passionate, talented analyst who has outstanding project management, business acumen, intellectual curiosity, excellent analytical abilities, strong technical skills, superior written and verbal communication skills, and the ability to influence cross-functional teams to be successful in this role.

2. 1-2 years experience working as business analyst in full SDLC lifecycle for software maintenance/development/implementation projects with in both Agile and Waterfall methodologies.

4. Proven ability to serve in a Senior Business Analyst role for planning and requirements then transitioning to a Project Management role for implementation and on-going support.

7. Ability to translate business needs into functional and non-functional requirements.

8. An understanding of contemporary requirements elicitation, analysis, specification, verification, and management practices and their practical application within the organization.

9. Self-motivated and proactive with strong end users focus and ability to work in a collaborative environment required.

You will develop automated test infrastructure to support leading-edge development and deployment such as continuous integration, continuous build and behavior-driven acceptance testing. As the quality team member responsible for integration tests, you will develop in close partnership with software engineers and quality engineers, automated test frameworks and suites that can readily adapt to a fast-changing business environment. You will help developers adopt techniques to improve product quality early, and help quality engineers use knowledge of technology to improve the practice of verification and validation.

1. Analyst will operate as part of a cross functional Agile team. The day to day activities will be identified and prioritized by the product owner for that team.

2. The team will meet daily to decide the highest priority work items and complete working, tested and production quality software before moving on to additional work.

3. Analysts will be part of the team process of working with the product owner to estimate and break down the highest priority work item into smaller stories that can be completed within one iteration.

4. Team members are expected to leverage their primary skill area, but be open to learning and helping with other skill domains with the focus on getting the team’s work complete.

5. Collaborate with team to decompose features into small pieces of working software that can be completed in a single iteration.

9. Provide oral and written status to project lead and management.

1. Experience in Manual and Automation Testing.

2. 1-2 years of QA and testing experience within an enterprise-wide environment.

4. Clear communication – must be comfortable and willing to openly discuss work items within a cross functional team.

5. Cross functional skill development – QA expertise, but must be proactive in regards to learning the skills and methods used across the various roles of the team. Ability to contribute to the work when their primary skill is not necessary to advance the highest priority work items.

6. Knowledge of Quality Assurance and testing best and emerging practices.

We are looking for a web designer who can create a site or pages, including the design and layout. This could be working on a brand new website or updating an already existing site. The ideal candidate should possess an aesthetic sense, imagination, creativity and attention to detail and be passionate about designing.

5. Designing the website’s visual imagery and ensuring it is in line with company branding policy or the requirements of the client

6. Interacting with clients to discuss requirements and/or project progress.

8. Interacting with clients to discuss requirements and/or project progress.

10. Producing products that are user-friendly, effective and appealing

11. Working as part of a multi-disciplinary team with other web specialists including web developers and graphic designers

We are looking for an iOS Developer who possesses a passion for pushing mobile technologies to the limits and will work with our team of talented engineers to design and build the next generation of our mobile applications. The ideal candidate will be comfortable in a high-paced environment and will bring an energetic and creative approach to their work.

1. Design and build advanced applications for the iOS platform.

3. A deep familiarity with Objective-C and Cocoa Touch.

12. Self-motivated and able to work independently and with remote teams.

We are looking for a PHP developer who is dedicated to his craft, writes code that is proud of and can hit the ground running. We need you to write beautiful, fast PHP to a high standard, in a timely and scalable way that improves the code-base of our products in meaningful ways. You will be a part of a creative team that is responsible for all aspects of the ongoing software development from the initial specification, through to developing, testing and launching.

3. Can able to create API’s in JSON

We are looking for .NET developers who can construct quality web applications using the .NET programming components. Developers must be competent in using Microsoft’s technology to design, develop and implement these applications. Using their programming skills, developers are able to integrate their applications with other technologies and deliver specifications as requested by clients.

You will be a part of a creative team that is responsible for all aspects of the ongoing software development from the initial specification, through to developing, testing and launching.

3. Troubleshoot, test and maintain the core product software and databases to ensure strong optimization and functionality

4. Contribute in all phases of the development lifecycle

6. Develop and deploy new features to facilitate related procedures and tools if necessary

8. Passion for best design and coding practices and a desire to develop new bold ideas.

Someone will be in touch shortly.