Kotlin vs Java: Which One is Better for Android Applications? 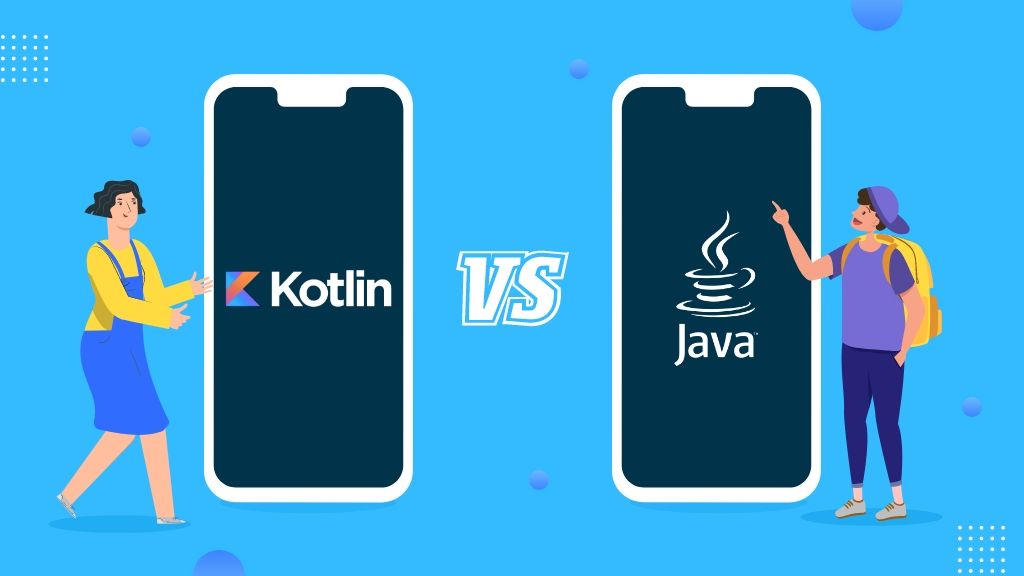 We are in 2021 and everyone out there is looking to move their businesses forward in the online market to grab more business opportunities. Android applications are the best way to engage with your customer online but still, most people are not aware of which programming language is better for android applications – Kotlin or Java? So today we’ll try to make things simple for the people to understand the difference between Java and Kotlin so they can decide the better option for their android app development. We will try to cover some most popular user queries in this article like what is the history of Kotlin and Java? Why use Kotlin when Java is so popular? Is Kotlin language mandatory now for Android developers? Kotlin or Java which language is currently used in app development companies? Which language is best for android app development Kotlin or Java? This question list is very long, we’ll try to cover some of the most important ones here.

What is the History of Java and Kotlin?

Java is a class-based object-oriented programming language which first implementation was released as Java 1.0 in 1996 by Sun Microsystems. Java was designed by Mr. James Gosling (also known as Dr. Java). It is a general-purpose programming language intended to let application developers write once, run anywhere (WORA) concept. The current version of Java is Java SE 16 which was released on March 16, 2021. Before the Kotlin invention, Java was primarily used for android app development.

Kotlin is a cross-platform general-purpose programming language. It was designed to interoperate with Java. Kotlin was designed by JetBrains (A Czech Software Development Company). Kotlin’s first official stable version v1.0 was released on 15th February in 2016. This was the time when Google announced Kotlin as its preferred language for android app developers. After that Google announced first-class support for Kotlin on Android app development at Google I/O in 2017. Since then, Kotlin has seen a high rise in demand between the mobile app developers and the enterprise community. According to many surveys, the popularity of Kotlin is increasing day by day for android app development. The current version of the Kotlin is v1.4.32 it was released on March 22, 2021. Kotlin is a free and open-source project. The code for the project is developed openly on GitHub primarily by the team employed at JetBrains, with contributions from Google and others.

Kotlin vs Java: Which One is Better for Android Applications?

This is a very popular question among the people, they want to know why use Kotlin over Java for Android applications? Well, the answer is hidden in the history of these programming languages themselves. We need to understand that Kotlin is a modern language and so it has some great advantages over Java for creating better and fast android applications. Kotlin helps android developers to boost their productivity, development satisfaction, and code safety. Kotlin is a more concise language than Java. According to rough estimates, Kotlin cut 40% of the code lines than Java. These are the main reasons Kotlin is now used by about 60% of the professionals to create android apps. And you can understand why modern app development companies are moving towards Kotlin.

Below are some Java issues addressed in Kotlin

What extra features that Kotlin has but Java don’t?

As a general user, you don’t need to know more details. But if you are an android developer and want to learn Kotlin then for sure you have to have good knowledge about all these topics. I know you guys are still waiting for my opinion to choose between these two languages.

Well, Java is no doubt a top-performing language and still the top followed language by developers. I am also a big fan of Java but seriously I prefer Kotlin language for android app development and there are many reasons behind my choice. Let me explain this with the help of stats:

There are lots of benefits to using Kotlin for Android development. Let’s dive in deeper:

What are the applications of Java and Kotlin?

Since its inception, Java has been a very popular programming language. From mobile phones to enterprise servers, it is using in the majority of applications. Below are the major application areas of Java:

As Kotlin is in the current trend of the market it is majorly used for app development, server-side and client-side applications. Below are the major application areas of Kotlin:

What are the benefits of switching to Kotlin?

If you are a Java developer then you have to make your own choice. Do you want to switch to Kotlin? Does your company work on Kotlin based projects? Because Kotlin is easy to learn for Java developers so you can easily switch to Kotlin to grab better job opportunities, better salary hikes, etc.

For the businesses and development companies, there are also some benefits of switching to Kotlin. Companies can reduce their project timelines as well as ensure fewer app crashes with Kotlin, which leads to more customer satisfaction.

What is the future of Kotlin?

I think it’s safe to say that Kotlin is going to be around for a long time because it is ticking both boxes. In around 20.4 million active software developers in the world, Kotlin has around 1.1 million developers. But my real question is: will Kotlin become the champion in “write once and run everywhere” languages? Kotlin is setting new standards and experiment opportunities with modern programming.

Both programming languages Kotlin and Java have their own significance. You have to choose the right one while considering your project requirements. I know choosing the best technology is always tricky especially for the general people who don’t have deep technical knowledge. So, I highly recommend you to take professional advice before choosing the best technology for you. My company AppZoro Technologies is one of the best mobile app development companies that provide free consultation for people or businesses to choose the right technology for your project.

See What we're up to by subscribing to our newsletter.